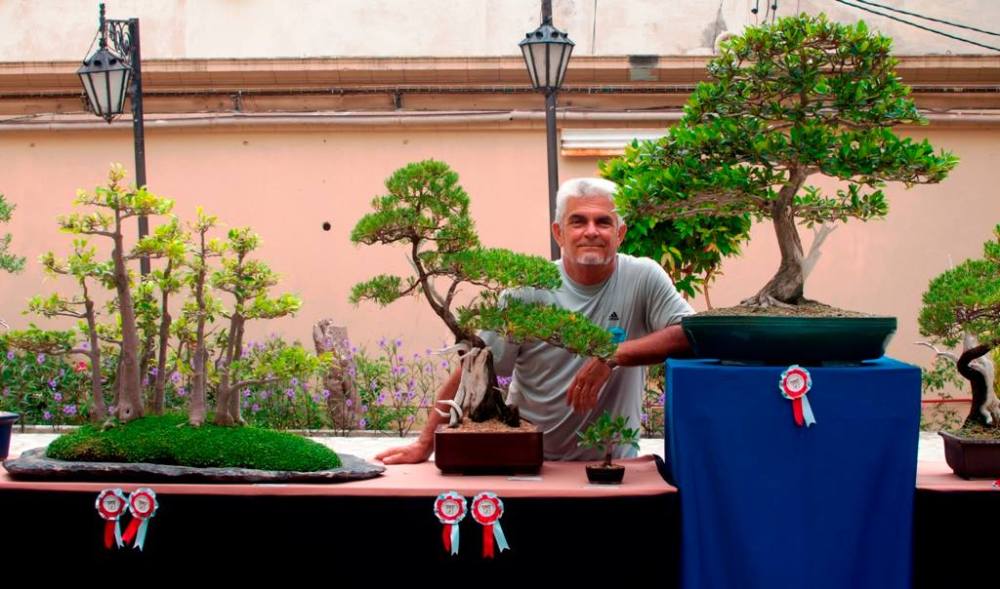 Here with Mercedes Crespo Villate, that received 2010 Autumn Decoration of the Order of Rising Sun Gold and Silver Rays for her Contribution to the promotion of the cultural exchanges and mutual understanding between Japan and the Republic of Cuba and Yuley Sosa, member of BonsáiHabana, nominate Jorge Guerra, 66 years old, from Havana city, for his contribution and dedication to bonsai in Cuba. He initiated in bonsai in 1997 and the development of this art in our country is due to his unselfish generosity. Fourteen years ago he founded the BonsáiHabana group.

He taught thirty-five courses with more than 1000 graduates, organized fourteen annual exhibitions, created the first Web of Cuban bonsai in 2002, introduced three ceramists to produce bonsai´s pots and design the anagram´s group. He learned the technics by himself with Naka and Yoshimura volumes, Bonsai magazines and searching in the Web. He had worked with different species of trees, especially with Suriana and Tabebuia, our endemic oak tree. The achievement of bonsai in Cuba is extraordinary because in our national market cannot be found the necessary tools for this art, being needed to import elements as heal paste or dremels.
Jorge has introduced internationally the interest that exists in Cuba for bonsai and received the visits of Pedro Morales in 2016, Robert Steven and Enrique Castaño in 2017. He is a member of FELAB, Black Scissors Community and founder of BWB. Soon the magazine Bonsai Focus will publish an interview and his article about the Suriana as bonsai.